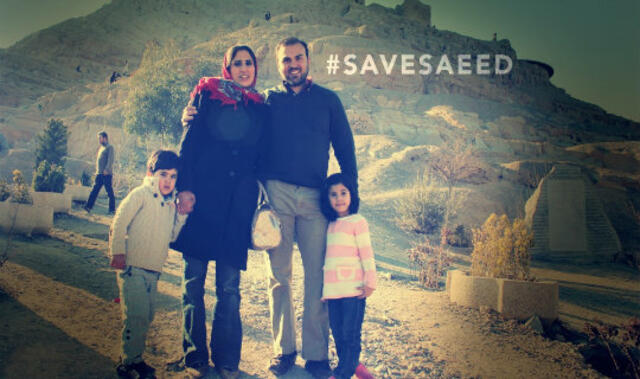 The 1979 Islamic Revolution in Iran birthed a new regime in the Middle East that would challenge not only religious and ethnic minorities within its borders, but also position its government in often hostile situations against Western countries. The Obama administration’s recent negotiations with Iran over its nuclear program have sparked both praise and criticism worldwide. This has brought Iran more attention from the international press than at any time in the years since the hostage crisis of 1979-81.

Some argue, however, that much more light must be shed on on Iran’s human rights record, particularly the regime’s treatment of religious minorities. Lisa Daftari is an award-winning investigative journalist of Iranian heritage. Together with the Permanent Mission of Canada to the United Nations, the Baha’i International Community, the European Centre for Law and Justice and the NGO Committee on Freedom of Religion or Belief, Daftari chaired a panel discussion at the United Nations Headquarters on Thursday, November 4.

The panel included both Baha’i and Christian Iranians who told their stories of systematic discrimination, persecution, and even torture at the hands of Iranian government officials. According to Daftari, the panel’s goal was to bring attention to human rights atrocities committed against religious minorities in Iran. According to Daftari, even after Iranians elected current president Hassan Rouhani—a “so-called moderate”—“the government crackdown [on religious minorities] was emboldened.”

Daftari cited the Iranian constitution’s official protection of certain specific religious minorities, but notes that the Baha’i faith is not mentioned, nor is it afforded any practical protection in Iranian society. She went on to report that, though some Christian groups are permitted to operate, these are limited to churches associated with ethnic minorities living in Iran. An Iranian-born Muslim is never permitted to convert; this reality has sparked government action against Baha’i, Protestant, and Evangelical Christian groups operating in the country.

Panelists frequently cited an October 2015 Baha’i International Community Report titled, “Their Progress and Development Are Blocked; The Economic Oppression of Iran’s Baha’is.”  This document compiles official state documents and personal testimony of Baha’i individuals persecuted for their faith through economic means. One panelist, a member of the once prosperous Khanjani family, described how representatives of the state seized his family’s once successful farm and polluted a major water source in the area so that his and other Baha’i families in the area could no longer continue agricultural production. The panelist asked, “What national interest is served by destroying farmland?”

Two other panelists spoke of the systematic discrimination of Baha’i children in the country’s public schools. Because state-run schools are the only option for educating Iran’s children, parents must agree to send their children to a school where they will receive religious instruction in the Islamic tradition. Moreover, Baha’i graduates of Iran’s secondary schools are not granted access to any of the country’s colleges or universities. Both the panelists who shared this experience in Iran have now settled in either the United States or Canada, and have been able to achieve academic and professional success.

Daftari then pivoted the discussion to the very similar experience of Christians in Iran. She noted that about 250,000 Iranians are Christian and 90 percent of this group is comprised of ethnic minorities. Because Protestant and Evangelical groups are mostly made up of converts, the government has focused heavily on surveillance of these groups. Daftari also pointed out that this community is “growing.”

A number of Christian panelists reported on their experiences in remarks to representatives of many NGOs and UN member states in the conference room. One such story was that of Pastor Saeed Abedini, which was told by his wife, Naghemeh Abedini, via a recorded video message. She explained that her husband has been imprisoned in Iran for four years. Born a Muslim, Pastor Abedini converted to Christianity at the age of 20 and joined a then government-sanctioned church. According to Mrs. Abedini, the Iranian government even authorized their 2004 Christian wedding, but things soon changed drastically for the nation’s Christian minority when President Mahmud Ahmadinejad took office in 2005.

The Abedini family settled in the United States, but Pastor Abedini returned to Iran frequently in order complete humanitarian projects he was managing in the country. In 2012, his passport was seized and he was tortured and placed under solitary confinement before being sentenced to eight years in prison. His official crime: “undermining the security of Iran by organizing home-church meetings in 2000.” Mrs. Abedini continues to not only fast and pray for her husband’s release, but she has also become the voice of imprisoned Christians in Iran, regularly appearing in the media and at public events around the world.

Two other Christians were able to tell their own stories of persecution in Iran simply for their religious convictions. Both were imprisoned for a time, but unlike Pastor Abedini, have been able to flee Iran and now live safely in either Canada or the United States.

The Baha’i International Community in conjunction with Christian groups have implemented robust plans to bring these stories to the attention of the mass media and to petition other governments do what they can to solve this crisis. Daftari points out that religious persecution does not end with Baha’is or Christians, but touched even Islamic minority groups in Iran as well.

Toward the end of the panel discussion, Daftari made an interesting observation: most of the panelists who told their grim stories of persecution ended their remarks by declaring that their dream is to return to their homeland some day. They shared a strong desire to work toward improved human rights conditions in Iran, and a profound hope that this will soon become a reality.