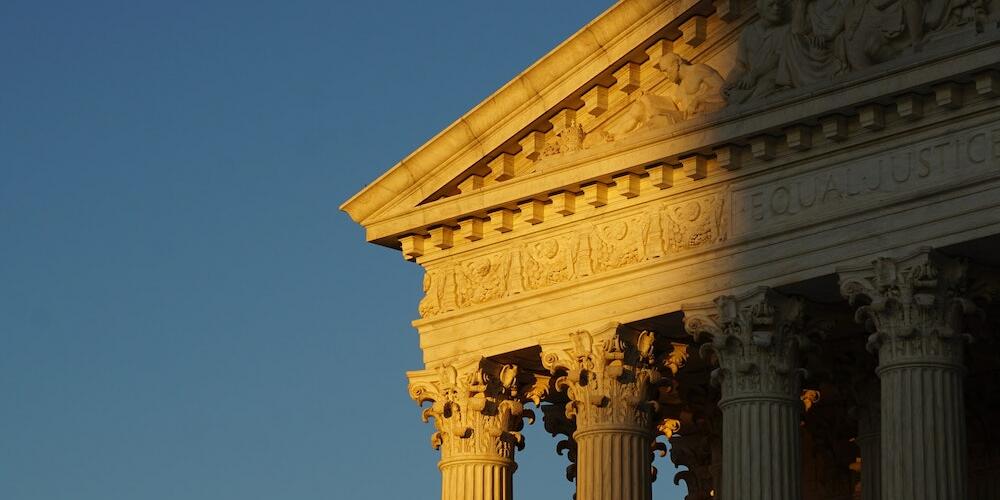 Photo by Ian Hutchinson on Unsplash

THIS WEEK IN WASHINGTON

Many of those who supported President Trump in the recent election cited his track record on religious freedom issues. And indeed, in many areas across his administration there was increased emphasis given to issues of religious free exercise domestically and to promoting freedom of religion and belief internationally as a core part of US foreign policy. Yet, looking at his record as a whole, the reality is more nuanced.

Melissa Rogers, a visiting professor at Wake Forest University School of Divinity and a nonresident senior fellow at the Brookings Institution, argues that favoring the interests of one religious group—Christians—does not mean Trump is a champion of religious freedom. She writes that no one should ignore Trump’s repeated slurs against the Islamic community. “He has said, ‘I think Islam hates us,’ and repeatedly promoted anti-Muslim propaganda. President Trump has endorsed and appointed individuals who have called for discriminationagainst Muslims and declared that ‘fear of Muslims is RATIONAL.’” This rhetoric found practical expression in the Trump administration’s so-called “Muslim ban,” which made it exponentially more difficult for those from selected predominantly Muslim and African countries to enter the United States.

Others, however, point to the Trump administration’s consistent support for an expansive view of the First Amendment’s Free Exercise Clause. During his term, he supported faith-based foster care agencies who objected on religious grounds to working with LGBTQ foster parents. In 2017, the Trump administration announced changes to the Affordable Care Act's contraception mandate, expanding exemptions and accommodations to employers with religious and moral objections to birth control. He also established a White House Faith and Opportunities Initiative to provide support for faith-based social service providers. From that initiative eventually flowed a proposed sweeping change of rules across federal offices that would make it easier for faith-based social service organizations to receive federal funding. In January 2020, the Department of Education, Department of Health and Human Servicesand seven other federal offices said they would adjust the guidelines governing church-state partnerships in order to ensure religiously affiliated social service organizations don’t have to alter their religious identities in order to receive government funds. Although these rules are not yet final, some speculate that there will be a rush to publish them before Trump leaves office.

If enacted, faith-based social service organizations would no longer need to notify a potential client of his or her religious freedom rights or offer referrals to those who prefer being served in a secular context.

But on the other side of the equation, other cases have demonstrated a less reverential approach to free exercise issues. For instance, the administration prosecuted individuals who claimed a religious motivation for providing humanitarian care to migrants attempting to cross the US/Mexico border. It also overrode the religious objections of a Catholic diocese that claimed a religious objection to surrendering part of its property for building the border wall.

And then there is the Supreme Court. With the installation of Amy Coney Barrett on the bench—Trump’s third appointment to the Supreme Court—the conservative justices have a 6-3 majority. Although we have yet to really see the dynamics play out in relation to key religious freedom issues, a recent decision enjoining New York State’s Covid restrictions on in-person worship confirms that free exercise claims will be treated with tremendous respect.

But it’s not just the Supreme Court: there have been some 220 Article III (life term) federal judges appointed through October 1, 2020, which is a near-record number. It remains to be seen how this wave of conservative-appointed judges will shape religious clause jurisprudence in the coming years.

As Judd Birdsall points out, Trump’s Department of State deserves credit for its vision in organizing three annual Ministerials to Advance Religious Freedom which, he writes, “generated momentum for a new U.S.-led multilateral alliance on freedom of religion or belief. Concurrently, State Department officials in D.C. and overseas have carried on documenting religious freedom violations, assisting those who have suffered for their beliefs, and articulating principled and pragmatic reasons for protecting religious liberty.” Yet at the same time, the State Department’s new Commission on Unalienable Rights has garnered wide criticismwithin the international community for its apparent attempt to rearticulate and pare back the scope of human rights, thus undermining current international human rights norms and law.

News and Resources in Brief

Global Challenge: Courts Grapple with Regulation of In-person Worship During a Pandemic

In a widely watched case, the US Supreme Court split 5 to 4, backing a religious challenge to restrictions on in-person worship in New York State. As this New York Times report notes, newly seated Justice Amy Coney Barrett “played a decisive role in the decision, which took the opposite approach of earlier court rulings related to coronavirus restrictions in California and Nevada.” The ruling has prompted a wave of different opinions on what it portends for religious freedom going forward. This Washington Post opinion piecewelcomes a Court that will “finally protect religious freedom.” This New York Times opinion piece claims that liberals as well as conservatives should be thankful for a decision which affirms “there are no second-class rights — and the right to the free exercise of religion is every bit as important to the Constitution as the right to assemble peaceably, petition government for redress and speak and publish freely.”

But it’s not just the US which is finding it challenging to balance religious freedom and public health policy. According to this report, “France's State Council, the country's highest court, has ordered the government to review a rule limiting the number of people in churches during religious services to 30.” The Catholic Church in Italy has announced it will continue offering masses, allowable under a special waiver from new government restrictions. A group of Belgian clerics are lobbying for the resumption of religious services in their country.

Human rights advocates are sounding the alarm regarding a new law signed this week in Uttar Pradesh, an Indian state with a population of more than 200 million. According to this report from the Washington Post, the order criminalizes “religious conversions ‘by marriage’ with jail terms of between one and 10 years. The order, once it’s signed by the state governor, would also nullify unions in which a woman changes her religion solely to marry.” Other states are considering similar laws, fueling concerns that under Hindu nationalist Prime Minister Narendra Modi, India’s religious minorities are increasingly vulnerable to discrimination and violence.

For more information about any of these stories or resources, please contact Bettina Krause, associate director for Public Affairs and Religious Liberty department at the Seventh-day Adventist Church world headquarters. Krauseb (at) gc.adventist.org