In Spain, Students Explore the Challenges of Europe’s Religious Diversity 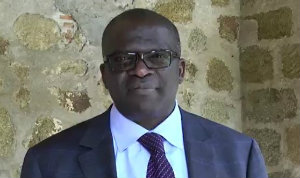 IRLA Secretary General Ganoune Diop was a key presenter in a unique three-day academic event last month on the campus of the European Academy of Yuste Foundation, located in the Royal Monastery of Yuste, Spain. For three days, a select group of students, researchers, and other grant-holders from universities across Europe, gathered in Yuste to hear lectures from experts in religion, law, politics, and international institutions. The focus of the lecture series was on the role of religion in modern European society, the rise of religious fundamentalism, and the challenge of nurturing peaceful coexistence between different faith communities.

“Religious liberty is a primordial freedom that goes beyond constitutional and civil rights,” Dr. Diop told his students. “It is a compound freedom—one that shows the value of every human being. It is intimately connected with the freedom to think, to make choices, to believe or not to believe. It is not a ‘favor’ that a government can bestow, but it flows directly from the innate dignity of every human being.” 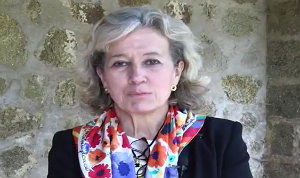 This course is supported by a broad partnership of social and educational institutions in Europe, including not only the European Academy of Yuste Foundation, but also the Swiss Henry Dunat University College Foundation and the OIDEL NGO, which promotes the right to education and freedom in partnership with the United Nations, UNESCO, and the Council of Europe.