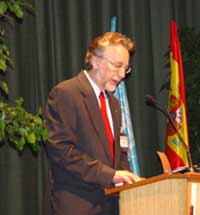 In his remarks, Graz affirmed the principles of religious freedom as held by the IRLA and endorsed the need for such a conference that sought to promote tolerance and understanding through the educational process.

"The conference is an excellent initiative to try to prevent religious intolerance and discrimination through school education," commented Graz. "Much religious conflict and hatred comes as a result of attitudes that are learned, and we salute the organizers for recognizing the great importance of ensuring that principles of freedom of conscience and mutual respect are brought into all educational curricula."

The conference was jointly hosted by the Spanish Ministry of Justice and the UN Commission on Human Rights, in particular the special rapporteur for Freedom and Belief, Prof. Abdelfattah Amor.

"Through IRLA we wish to work in cooperation to raise the awareness of the vital importance of religious liberty in today's world," Graz concluded. "Participation at such international conferences provides the opportunity to present our perspective to UN officials, government leaders and other non-government organizations. I wish to thank in particular Professor Amor of the UN and Professor Alberto de la Hera and Dr. Rosa Maria Martinez of the department of religious affairs at the Spanish Ministry of Justice for all their hard work in making this conference such a success, and for providing such a warm welcome." [Jonathan Gallagher/IRLA News] 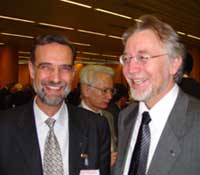 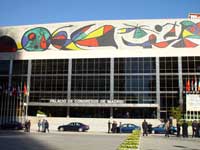