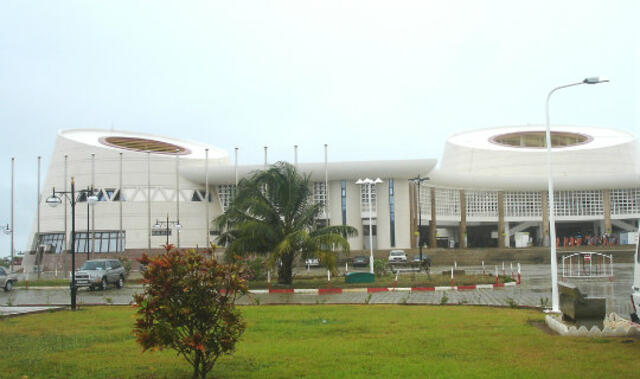 Inter-faith Dialogue and the Future of the African Continent: A Major Conference Explores New Paths to Peace and Prosperity

A landmark Pan-African symposium held recently in Cotonou, Benin, has released a document calling for a renewed emphasis on interfaith and intercultural dialogue as a means to combat social conflict and violent extremism, and to build a strong, peaceful and prosperous African continent. The “African Initiative for Peace and Development Education through Inter-religious and Inter-cultural Dialogue” brought together some 400 heads of state, prime ministers, political leaders, religious leaders, academics, representatives of non-governmental organizations, and other thought leaders from across Africa and around the world.

Undergirding the symposium was a single premise: that traditional ways of dealing with conflict and violence—whether its politics, diplomacy, or military intervention—have all been limited in what they’ve achieved. Thus, the goal of this groundbreaking event, initiated in large part by His Excellency Dr. Albert Tevoedjre, Special Envoy for the United Nations Secretary-General, was to consider an alternate, complementary approach to building durable peace in Africa, an approach built on education, dialogue, and cooperation.

Dr. Ganoune Diop, Secretary General of the International Religious Liberty Association, attended the two-day symposium at the invitation of the government of Benin and the Pan African Center for Social Prospect and delivered two plenary presentations. He describes the event as a unique opportunity to advance understanding and partnership between a broad range of organizations, countries and individual leaders.

“It’s all too easy to find tragic examples of religious partisanship and conflict within Africa,” says Dr. Diop, “whether it’s the targeting of Christians in Kenya and elsewhere, or increasing civil and religious restrictions in Egypt, or the atrocities of extremist groups such as Boko Haram.” But, he adds, the Benin symposium focused not just on what was broken, but on future action, and on finding practical ways by which dialogue and cooperation can forge a new path toward peace and stability.

The consensus document that emerged from the symposium—entitled Manifest for Peace and Development through Inter-religious and Inter-cultural Dialogue—traces its philosophical foundations to the notion of universal human dignity, a fundamental concept enshrined in the Universal Declaration of Human Rights.

In one of Dr. Diop’s presentations, he linked this concept of dignity with the imperative of religious freedom, saying, “By respecting other people’s conscience, we celebrate their humanity.” He affirmed that dignity demands “all human beings have the right to believe or not to believe, to belong or not to belong, to express themselves in sharing their opinions or to hold on to their ideas when they choose to do so.”

“Sharing the public space, partnering for peace and for the wellbeing of the whole human family requires the promotion and the protection of freedom of religion or belief,” said Dr. Diop. “Cherishing this right is an expression of caring about all other brothers and sisters in humanity.”

The Manifest for Peace and Development through Inter-religious and Inter-cultural Dialogue outlines a 25-step blueprint for developing a better understanding between Africans of many different religious, spiritual, cultural, social and political backgrounds. The steps include: rejecting violence as a solution to any conflict; condemnation of “warmongers and arms dealers”; strengthening good governance and building more inclusive, open societies; promoting education for peace through a variety of means and in cooperation with different pan-African and international organizations; and, various proposals that emphasize greater participation of women and young people in social action and dialogue.

Key partners in the symposium were the United Nations and the United Nations Educational, Scientific and Cultural Organization, the African Union, the Pan-African Centre for Social Prospects, and the government of Benin. Following this inaugural event, organizers say the “African Education Initiative for Peace and Development through Interfaith and Intercultural Dialogue” will reconvene every two years.