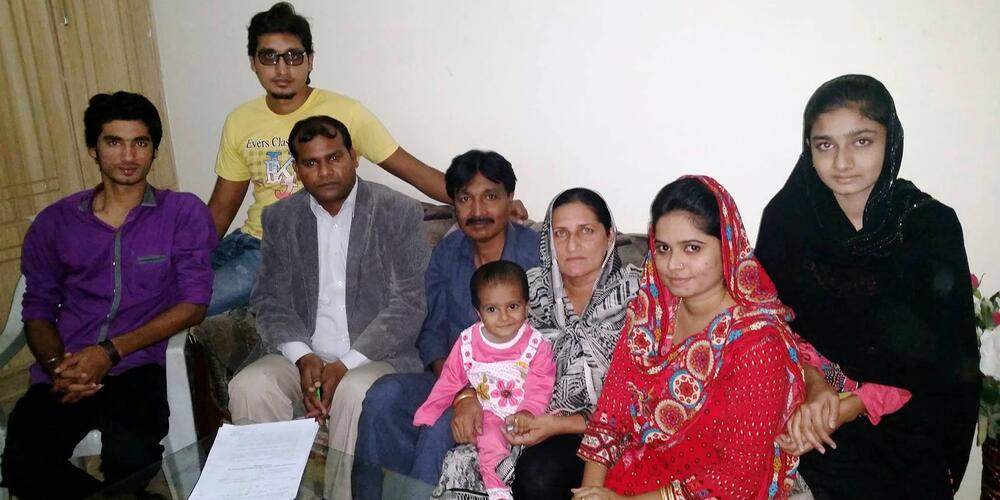 In Pakistan, No Justice for Sajjad Masih

The American Jewish Committee, a leading human rights advocacy organization, has released a new video appeal on behalf of Sajjad Masih Gill, a member of the Seventh-day Adventist Church who is serving a life sentence under Pakistan's controversial blasphemy laws.

Pakistan’s blasphemy laws have garnered international condemnation, and have generated reports of false accusations and wrongful convictions. Since 1986, when the definition of blasphemy under Pakistan’s Penal Code was expanded, the number of accusations and convictions under the laws have increased dramatically. Under the laws, those convicted of words or actions defaming the Prophet Mohammad—the most serious of the blasphemy offense—must be sentenced to either death or life in prison.

According to many international watchdog agencies, these laws are extremely susceptible to abuse, and accusations of blasphemy are often leveled against individuals as a way of settling personal scores. The most vulnerable under the blasphemy laws are religious minorities, including Christians, who make up only around 2 percent of Pakistan’s population.

Masih, an Adventist Church member, was convicted in 2013 of sending text messages defaming the Prophet Mohammad, an act he has consistently denied. He was found guilty in spite of a trial that was defined by controversy and irregularities. In the course of the prosecution, Masih’s original accuser retracted his allegations and the prosecutor failed to produce any evidence of the alleged crime. At the time, Masih’s defense lawyer, Javed Sahotra, said that intense pressure by extremists played a decisive role in obtaining a conviction, despite the lack of evidence.

Although the Masih case deals with a false accusation, Dr. Ganoune Diop, director of Public Affairs and Religious Liberty for the Adventist world church, points out that blasphemy laws are fundamentally incompatible with the principles of freedom of religion or belief. “These laws tend to be used to restrict the activities of religious minorities, to limit free expression of religious thought or conscience, and, at times, to target groups or individuals for discrimination or persecution,” says Diop. “While it’s important to always treat others with respect, true religious freedom allows all people to make claims according to their own convictions, without being demeaned, harassed, or subject to violence."

A recent Pew Research Center study found that more than 20 percent of the world’s countries—including many countries of the Middle East, as well as Nigeria, Sudan, Somalia, India, Indonesia, and Malaysia—have anti-blasphemy laws or policies.

Attorney Dwayne Leslie, an associate director of the Public Affairs and Religious Liberty department of the Adventist world church, has also followed Masih's case closely and urges church members to continue praying for Masih and his family. “Religious minorities in Pakistan live not only with the fear of accusation under blasphemy laws, but also with the knowledge that these cases are often not prosecuted justly,” says Leslie.