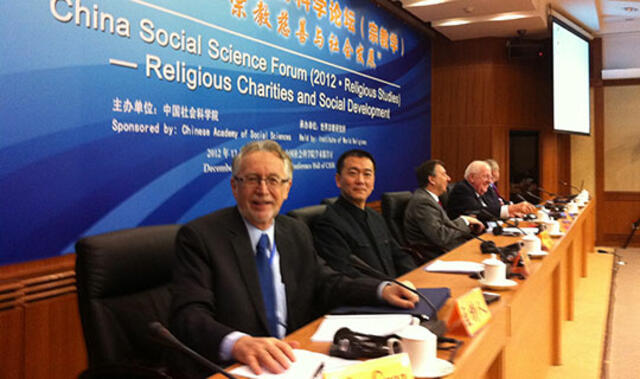 Is the Spring of Religious Charities Coming to China?

The Chinese Academy of Social Sciences last week sponsored the China Science Forum, an international conference held by the Institute of World Religions. The theme was: "Religious Charities and Social Development." Such a conference and theme would have been difficult to hold in Beijing a few decades ago.

Some attendees say it may be a positive sign about future relations between the state and religious activities in China.

Currently, the work of religious charities is allowed only in specific cases that are approved by the local or national government. Their work is also under control of the government.

The Adventist Development and Relief Agency is one of them. Even though the agency’s headquarters is in Hong Kong, they are able to set up projects in Mainland China, according to ADRA China Director Linda Zhu, who attended the conference.

The conference brought together 114 experts, university professors, state administrators and religious charity leaders. Most were from China, a little less than a quarter were from other countries. I represented the Seventh-day Adventist Church and chaired a session about religion and law.

Statistics showing the huge contribution of religion charities to help society combat poverty and social problems led the participants to underscore the importance of cooperation between churches and the state.

Research from the Pew Forum suggests that people who regularly attend religious services in their congregations are more generous and involved in social activities than those who do not participate in a faith community.

According to Professor Gerhard Robbers, a well-known expert of church-state relations from Germany, "Without their [religious charities] contribution the constitutional principle of a social state would be but an empty word."

It may take time before China – which could become the top economic power within a few decades – implements a more open policy for religious charities. But as a Chinese official expert said, "The spring of religious charities has come."

The priority of China’s new administration is the well being of people. Religious charities can contribute to state efforts in the fields of health, education, disaster relief and community service.

Time will tell if a spring is coming for a more open policy for religious charities in China. It was snowing in Beijing when the conference finished Wednesday evening. It was winter. But we know what follows.

—John Graz is the director of the Seventh-day Adventist Church’s Department of Public Affairs and Religious Liberty.