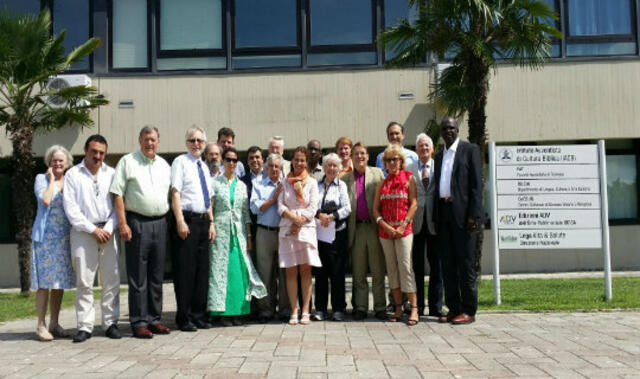 Meeting of Experts in Florence, Italy

On August 19 to 21, 2014, the 16th IRLA Meeting of Experts convened at the beautiful Italian college, Villa Aurora, in Florence, Italy.

This year’s general title and topics were as follows: Exploring Freedom of Religion in Secular Societies: How do Secularism and Human Dignity Interact in Questions of Gender and Religious Cultural Practices?

Topic 1:  Human Dignity under the Doctrine of Human Rights

The president of IRLA, Ambassador Robert Seiple opened the meetings welcoming all the participants from several different countries. Dr. John Graz provided an overview of the multifaceted work of IRLA around the world. He shared a report on the impact of the congresses, symposiums, festivals, liberty dinners, and meetings of experts.

Professor Rosa Maria Martinez de Codes, who proposed the topics for this year’s program, provided a fitting general introduction to the topics that revolved around the three themes.

Dr. Ganoune Diop made the first presentation, specifying that in light of the current geopolitical state of our world—plagued with several genocides, religious, tribal and ethnic wars, the horrific abduction of hundreds of girls, and the massacre of young men—it would seem easier to talk about human depravity than to talk about human dignity. Nevertheless, in spite of the widespread trampling, neglect and ignorance of human dignity, this fundamental asset of human nature should not be dismissed but revisited along with freedom of belief in order to restore its foundational status.

Several persons made significant contributions on these topics.

Several the papers presented at this year’s meeting will be published in the association’s journal, Fides et Libertas.

Next year’s meeting is scheduled to take place in Pepperdine, California with a new theme related to the burning and pressing issues our world faces in reference to religious freedom.