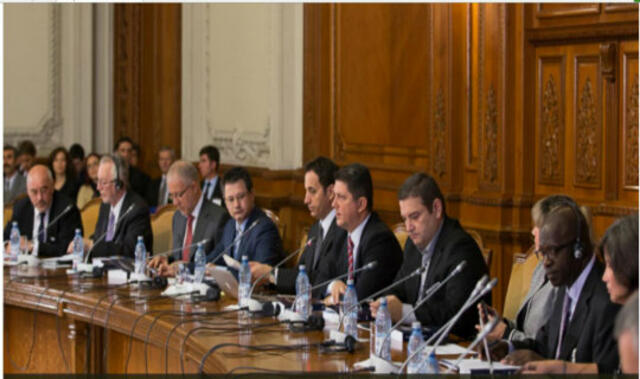 On October 21-22, 2014 IRLA’s Partner association “Conscience and Liberty” and its President Dr. Nelu Burcea organized, with the cooperation of the Committee for Legal Matters of the Chamber of Deputies, an International Conference on Freedom of Religion and Belief. One hundred-twenty experts, religious leaders and scholars from prestigious universities in Europe, America and Romania participated.  The conference was held in the Human Rights Hall of the Romanian Palace of Parliament. In his opening speech, Titus Corlatean, Minister of Foreign Affairs stated:

“Romania supports religious liberty, religious tolerance, non-discrimination based on religion, and it condemns any attack against any religious communities, while being actively involved in the actions and activities of the international community that promote this dialogue.”

“The relationship of the human being and divinity is personal, being accompanied by an individual responsibility. Nobody and nothing has the right to intervene by telling somebody how to pray or to whom to pray.”

Victor Opaschi, State Secretary for Religious Affairs, warned that,“When we talk about law, we can talk about the quality of a law, its intention or the political vision behind it, but it is as important for that law to be enforced and respected to the smallest details. This is the rigor of the state of law which, in Romania, was difficult to build, but which has to be our permanent concern on the long way of democracy.”

The IRLA was represented by its Secretary General Dr. John Graz who opened the Conference and by his Deputy Dr. Ganoune Diop.