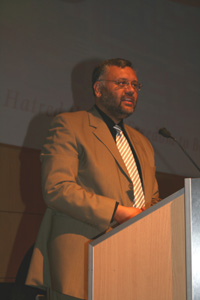 Cape Town, South Africa… In a passionate address to the Religious Freedom World Congress on February 28, Premier of the Western Cape Ibrahim Rasool spoke strongly about his religious freedom convictions. What was billed as simply a welcome to the delegates at the International Religious Liberty Association's World Congress turned into a clearly-articulated statement of support for religious rights that went beyond standard conventions.

In order to combat religious hatred, "the conversations we require are not simply between Muslims, Jews, Christians etc… the conversations we need are conversations of mindsets across all religions," Rasool declared. Touching on religious-inspired violence and terrorism, he spoke of the "troubled nature of the world that justifies itself on the basis of religion."

The fact that the uncertainty caused by the modern world brings about even greater dogmatism should be clearly understood, Rasool suggested. "This is the birthplace of extremism. It labels because it cannot debate and argue. It fights because it has forgotten how to love. It isolates and condemns because it doesn't know how to unite and find common ground. And it has perfected the art of dying for a cause because it cannot live for the cause."

Consequently, those who "believe that religion remains essential to the world and its values will be the saviour of the world, and that its behaviour will be critical to temper the excesses of globalisation, and give the common poor people something to hold onto in this world and the hereafter."

In combating religious hatred, he observed, "then I believe that this conference would have done well in a world that is deeply troubled and where religious beliefs and religious behaviour is often at the root at such trouble… We can only go forward if we recognise that each one of us carries a part of the spirit of God in us."

Nods of approval and applause indicated the delegates' appreciation of the premier's words. His conclusion: "When we speak to each other we do not speak to the clothes, we are speaking to the divine in each one of us. Even as we differ formally, the common ground is that each one of us carries the spirit of God within us and is worthy of respect, is worthy of love, and is worthy-at the very least-of tolerance."

The World Congress continues until March 1 at the Cape Town International Conference Centre in South Africa. All reports and speeches provided in electronic format are available at www.irla.org/congress/docindex.html [Kristina Malarek/IRLA News] 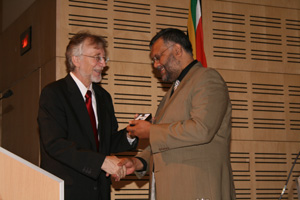 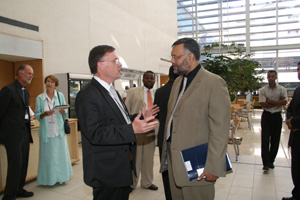