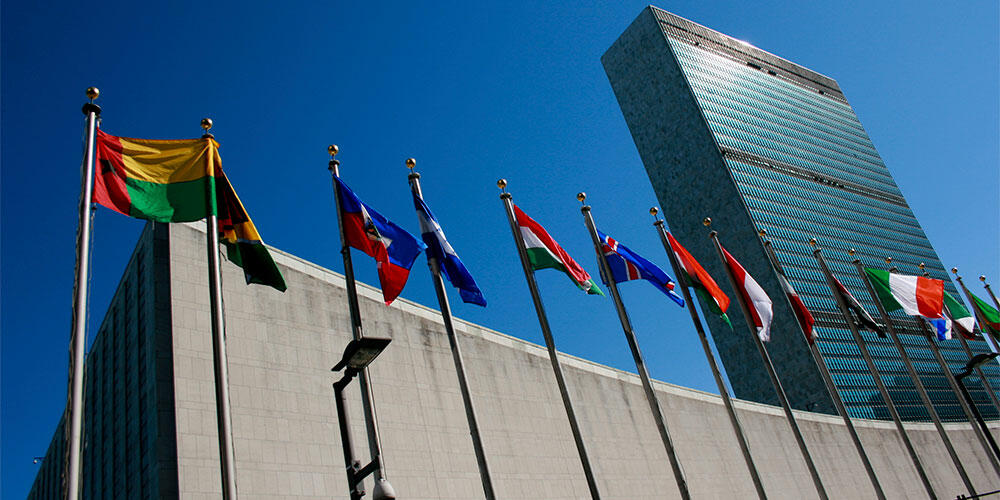 A Beginner’s Roadmap to the United Nations

The United Nations (UN) system, with its many moving parts, can be complicated to follow. Most people around the world receive some kind of education on how their own national government systems work, but very few receive a formal education on how the greatest international organization functions on a day-to-day basis.

The main UN body, the General Assembly (GA), functions through six individual committees that break up the organization’s vast amounts of work by subject matter. The First Committee works on Disarmament and International Security matters. The Second Committee works on Economic and Finance. The Third Committee—of primary interest to religious freedom advocates—will be discussed further below. The Fourth Committee works mainly on decolonization issues, while the Fifth and Sixth Committees are mainly administrative, budgetary, and legal in nature.

It can be a thoroughly daunting task for someone who is working to become an expert in all UN-related issues. For this reason, the NGO Committee on Freedom of Religion or Belief (NGO-CFRB) recently held a Civil Society Briefing on the Third Committee of the General Assembly. This very helpful event served to provide at least a basic understanding of the UN system as a whole, while focusing in on the very specific work of the Third Committee, the UN Human Rights Council (HRC), and their relationship with NGOs—the International Religious Liberty Association being one of them.

The briefing was moderated by the NGO-CFRB president, Michael De Dora, and included speakers with varied and robust experiences representing NGOs through the Third Committee. Madeleine Sinclair of the International Service for Human Rights, Christen Broecker of the Jacob Blaustein Institute for the Advancement of Human Rights and Bani Dugal of the Baha’í International Community shared their knowledge of how best to understand and work with the Third Committee to effect change, particularly in the area of human rights.

For perspective, it is important to have a basic understanding of the big picture. The UN’s working year begins in September when representatives of all 193 member states converge on the UN Headquarters in New York to discuss items on the working agenda for the year. The UN’s governing body is called the General Assembly (GA) as it provides each member state with one equally powerful vote in all of its decision-making. One nation, one vote. It may be helpful to think of the GA as the legislative or parliamentary branch of a national government. We are currently in the 70th GA Session since the UN’s inception in 1945.

It is also very important to note that the UN is an intergovernmental organization and not, itself, a powerful organization. Rather, any power it may derive comes from the sovereignty of each of its member states. In other words, the UN can only do what its individual 193 member states decide that it will do. The UN system is comprised of many parts that, in many cases, will have goals that do not coincide with UN programs or with other member states. This knowledge may help with understanding why it seems that making certain “common-sense” decisions may be so difficult for this global body.

It is easy to understand that an organization as wide-scoped as the UN will have vast amounts of work to cover each GA session. The work of the UN covers general topic areas such as Disarmament and International Security, Economic and Financial Affairs, and, even still today, Decolonization matters. These working areas are assigned to six specific committees that focus on these issues. Each of the six committees work from the GA and will report back to the GA after a number of weeks of work.

These committees may have slightly different rules and working policies, but our focus is on the Third Committee, specifically. The Third Committee is also known as the Social, Humanitarian and Cultural Committee and it is the committee that most NGOs lobbying the UN pay attention to as a great majority of its work is focused on global human rights issues. This committee’s work usually runs for about seven weeks in the fall season before reporting back to the GA plenary for the consideration of resolutions.

If the GA can be thought of as the legislative branch of the UN system, then the Secretariat can be thought of as the executive branch, led by the UN Secretary General. The Third Committee’s work is aided by the Secretariat via the Economic and Social Council (ECOSOC). ECOSOC helps to link NGOs to the work of the UN through various means, including providing official consultative status to NGOs that meet certain requirements. Consultative status does not, however, grant NGOs the ability to organize side events at the UN Headquarters nor does it grant NGOs the right to speak in official UN meetings.

By contrast, UN HRC meetings in Geneva are not only open to NGO observers, but Geneva also grants NGO representatives the ability to make official statements on the floor. This dichotomy is controversial among the NGO community and many are calling for the political culture to be much more accepting of NGO participation in official matters at the UN Headquarters in New York. As the rules currently stand, NGOs can only hold side events at the UN in New York if they are sponsored by a member state.

As mentioned before, the Third Committee works through hearings, reports and proposed resolutions for a span of about seven weeks. This work usually concludes around the third week of December when the committee presents its work to the GA plenary for a vote. But how is the agenda decided? Who moves the work along?

Every organization needs leaders to ensure that its objectives are moved along in a timely fashion. The Third Committee is no exception. While every single UN member state is represented in each of the six committees, each committee has its own bureau of five individuals, typically representing one member state from each of the UN’s five regional groups: Africa, Asia-Pacific, Eastern Europe, Latin America and the Caribbean, as well as Western Europe and Others. This bureau sets the agenda, chairs every meeting and ensures that the Third Committee is reaching its objectives.

Now, the relationship between the UN HRC and the Third Committee can become convoluted. It is officially a subsidiary of the Third Committee, holds meetings and works mainly out of Geneva while reporting back to the Third Committee at UN Headquarters in New York. Unlike the committees we discussed, the UN HRC consists of only 47 member state representatives elected by the GA every year. This means that the UN HRC’s makeup will change annually along with its political leanings and even personalities. NGOs will frequently decide to hold off pushing for certain resolutions depending on the makeup of the UN HRC for a particular year. This can become another complication in getting even common sense resolutions passed.

NGOs are also always watchful for the UN HRC’s Universal Periodic Review (UPR). This is an in-depth investigation into every UN member state’s human rights record on a periodic basis. Critics argue that because other member states carry out this review (some that may have interests in either hiding or exaggerating other member states’ records) it cannot possibly be a truly objective investigation. NGOs continue to be a useful resource for member states in developing better data that can shed light on what is really happening on the ground. A calendar of member states up for review can be found on the UN HRC website.

While understanding the UN system is certainly helpful when trying to effect change through it, understanding the intricate political nuances are equally as important, according to experts at the NGO-CFRB. Much like national politics, it helps to understand individual member state representatives and situations in individual countries that may help in influencing sponsorship and votes on the GA floor. It is also helpful to understand that even if resolutions do not pass, there is much value in being a constant voice on important issues like religious liberty at the UN, year after year.

Prepared by José I. Ortiz, Assistant to UN Liaison